What to Do if Your Antivirus Stops Working? 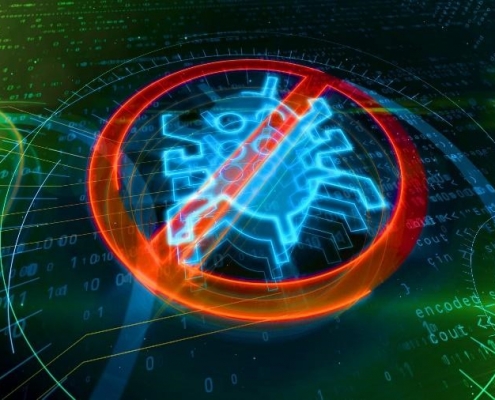 What is an Antivirus?

Antivirus is a type of software designed to prevent, restrict, or eliminate unauthorized access to a computer system or network.

Antivirus software typically uses a number of different techniques to detect and remove malicious code from computers and networks. Many antivirus programs also have the ability to monitor computer activity for malicious behavior such as spam email attachments.

Antivirus software is used by individuals, businesses, and governments because it can detect malware before it has an effect on the system.

What are the Different Types of Malware and How Do They Work?

Malware is a general term that refers to any malicious software, which includes viruses, spyware, adware, and more. They are typically designed to infiltrate a computer system, steal personal data or cause some other damage.

There are many different types of malware out there that vary in their complexity and the way they work. Some of them might be simple enough for a child to create without having any coding skills while others might have complex code that would require an expert programmer to create.

Some types of malware can infect your computer without you even realizing it while others might only work if you download the infected file from an unsafe site or open a malicious email attachment.

Here are the Different Types of Malware:

Malware is not a new thing. With the rise of technology, there have been more and more ways for cyber criminals to get into your computer. To keep your computer safe, you need to use an antivirus software that will scan your PC and remove any malware or viruses that have made their way into it.

The following are the different ways your antivirus can stop working:

How to Tell if Your Antivirus is Stuck or Not Working Properly?

There are various reasons that your antivirus may not start up when you want it to. For instance, a stuck-on startup antivirus may be caused by a Windows update, malware or even a virus.

If you are using antivirus software and it is stuck, you should try these simple steps to test if it’s working properly:

Go to your device settings and make sure that you have the latest updates for your antivirus.

If the problem persists, uninstall the current antivirus and install a new one.

If you’re using antivirus software on multiple devices, make sure that they’re all up to date with security patches.

How To Reset & Install Antivirus

When you want to reset & install antivirus software, you can follow these steps:

In conclusion, it is important to have an antivirus installed on your computer. It can help you avoid the risk of being infected by viruses and malware.

The Gallop Technology Group is offering a complimentary assessment of your entire technology infrastructure and provide you with a custom solution to make your life easier and your technology secure, so you may focus on your business.

Contact Us Today For Exceptional Technical Support For Your Businesses!

6 Ways to Shield Your Business From Ransomware
Scroll to top